Bratenahl Mobilization for the Great War

The term "First World War" did not come into use until the Second World War started around September 1939. Until then it had been referred to as “The Great War.” The war lasted from July 28, 1914, until November 11, 1918.

When the United States declared war against Germany, Jane Taft Ingalls urged her fellow Bratenahl citizens to put their energies to work helping to meet the needs of young men who were to join forces on the battlefields of Europe.

The United States was sending 10,000 fresh soldiers to France every day. The railroad running through Bratenahl became mainline for the transportation of troops with trainload after trainload of doughboys passing through the village while heading off to fight in the Great War. 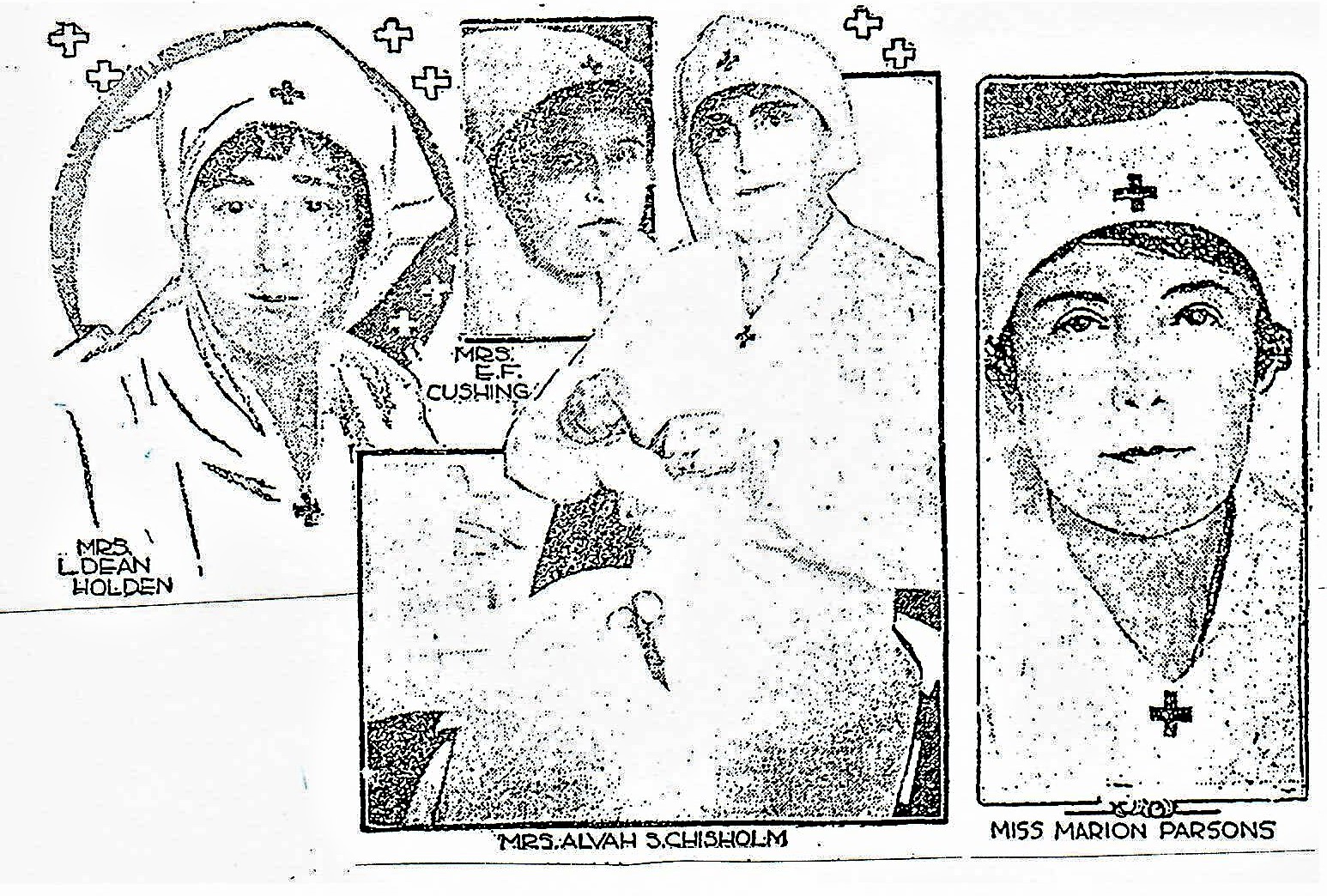 Jane Taft Ingalls, chairman of the Bratenahl Red Cross chapter mobilized 130 volunteer team members to meet the needs of the 138,000 men on a total of 319 trains who stopped at the East 105th Street railroad station.

Melanie Cushing, Virginia Holden, Carrie Britton, Miss Adele Chisholm, Alice Howell, Francis Goff, and many other women along the boulevard were active workers having gained experience at Red Cross Headquarters. Every one of the team members who started with the opening of a canteen at the village hall in 1914 all stayed through to the end.

Men lucky enough to stop on the weekend were frequently invited to people’s homes for Sunday dinners. Soldiers were invited to walk to the Walter Cottingham estate to enjoy a canteen operated by him and his neighbors. He hosted approximately 55,000 soldiers who took a dip in Lake Erie, a welcome relief from the long hours on the train.

The village hall and the Shotwell house were filled with 28 sewing machines used as a center for sewing 193,541 surgical dressings, 12,159 garments, and 5,064 knitted articles. The grounds became a camp for soldiers.